Reflections From Our June Fieldtrip

“They tell me skies this blue are not an everyday occurrence in the North Island, but I sure appreciated this view with all the shades of blue melding from sea, to mountains, to sky.” 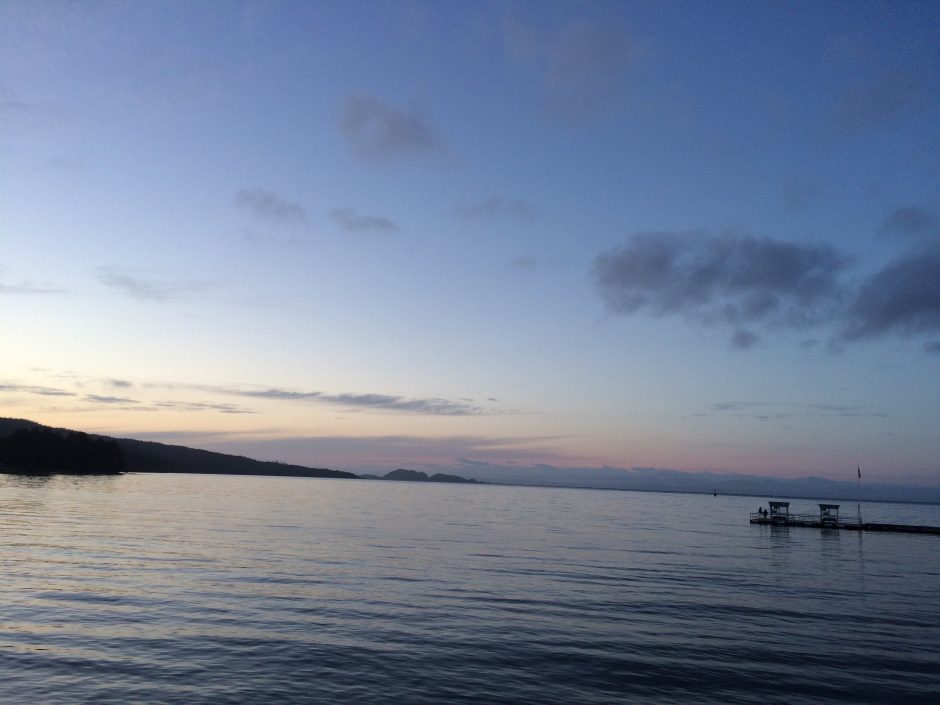 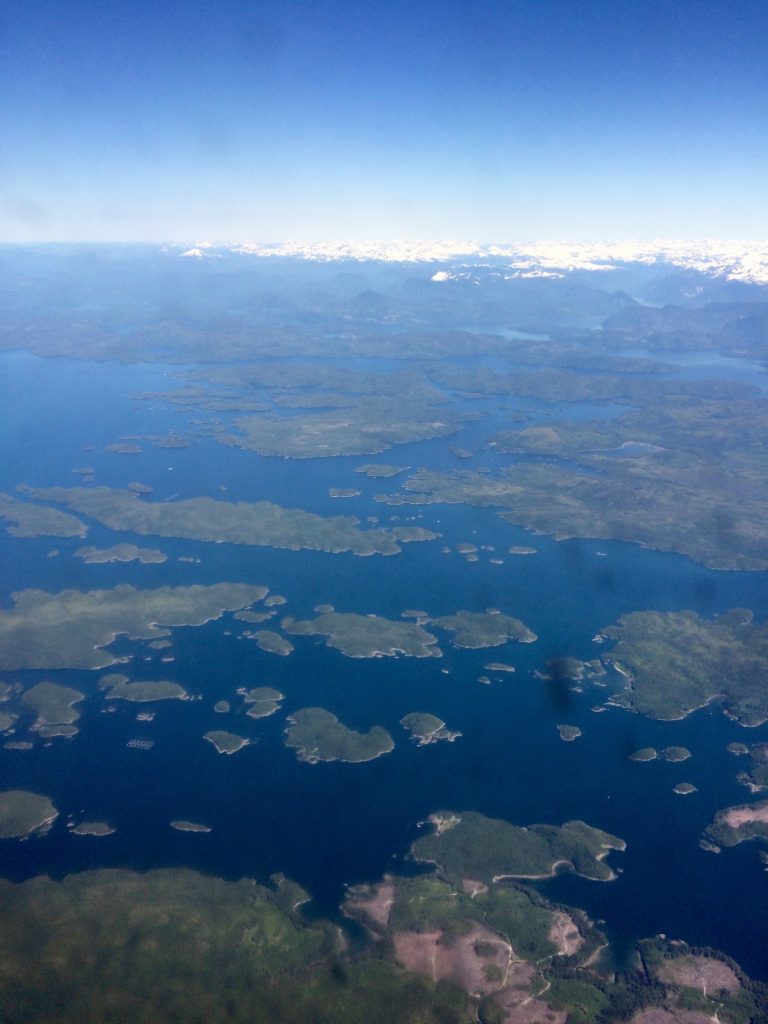 Jude and I spent a week based in Port Hardy and area last month as part of the Building Blocks for Sustainable Maternity Care (The North Island Project).  The purpose of our trip was to listen to what the community had to say about birthing in the North Island. Many of our conversations were with mothers, community members, elders, health administrators and health care professionals. We found that the community had a lot to say on the topic of birth, and we are thrilled to have had the opportunity to engage with 44 individuals in conversation and discussion on the subject while we were there.

At the Port McNeill hospital, we were given a tour by one of the nurses which included a stop in at the maternity room. In 2015-2016, only 7 deliveries occurred in the Port McNeill hospital out of approximately 110 pregnancies in the population area. This current, low procedural volume in Port McNeill is not sustainable, due primarily to the lack of practice opportunities afforded to (primarily) nurses and this issue was one that arose frequently during our various conversations with health care providers and individuals in the community.

Continued time in the North Island also affirmed the distinct nature of the various communities in the North Island, for instance, marked differences between the Port McNeill and Port Hardy communities and the subsequent disparate challenges faced and priorities sought in terms of birthing services in each community. We had several very enlightening conversations with enthusiastic individuals who are passionate about, and committed to, supporting local maternity care in the North Island. We also had the opportunity to speak with several of the nurses serving the communities there and really appreciated hearing their concerns surrounding some of the vulnerability that is felt supporting birth in a low-resource setting such as Port McNeill.

Upon returning from the North Island, we are now working to transcribe and analyze the rich data that was collected over the course of many interviews and discussions there. I am looking forward to continue to see and hear the themes that emerge from what the communities are saying in regards to their birthing services and will work to reflect the community’s voice in subsequent action. Stay tuned as we continue to work and update you in supporting sustainable maternity care in the North Island!